Hi guys, please welcome here victor, who will be in charge of a few reviews here. We, girls cannot test everything 🙂

Hi there, thanks Sophie for your kind invitation and the products you offered me to review.

We were all kids once, we were all teens once, and we were all stupid drunk adults once. The result? We all pretty much have scars that litter our body and are sometimes somewhat embarrassing.

Those scars on my chin and arms from when I attempted my first keg stand? (Yeah we are stupid when we are young) I’d give just about anything to make them disappear so I don’t have to tell that story again.

People try to give me advice all the time about what I should do for my scars – everything from rubbing Vitamin E on it to massaging it when the moon is full too.

While some products made a little bit of a change or at least convinced me that they had faded, I thought there wouldn’t be a solution to my scar problems and I would have to live with this badge of (dis)honor.

That is why I was pumped to test several new scar gels. One of it was from Mederma. There are many Mederma advanced scar gel reviews out there but we feel we needed to try it ourselves and give you our own review of this famous product.

I wasn’t certainly expecting a miracle, just something that would make these scars a little easier to conceal in other ways. Was the hype worth it? Let’s find out:

Mederma, what’s it all about?

Mederma has actually been a pretty trusted name in scar and skincare for quite a few years – I’ll admit that I tried it before but was ready to give it another shot.

Mederma’s team of scientists and skincare experts have gone through clinical trial after clinical trial to ensure that their products work. They focus on fixing the three main problems that come with scarring and stretch marks:

Mederma products are among some of the most recommended on the market – and with good reason. Most people see reactions, and Mederma takes brand loyalty extremely seriously: they want to give you results so that you keep giving them your money hehe.

But is it so good?

What is Cepalin ?
Cepalin seems to be the key ingredient and botanical extract in all Mederma products. It’s part of the secret Mederma formula that works to improve the three key areas of scars, burns, acne marks, and stretch marks.

They claim Cepalin is what sets them apart from every other product on the market today. ( yeah we know they all give us the same speech…)

What makes this one different?

During one of those clinical trials that the company performed, they found that individuals who applied Mederma’s Advanced Scar Gel found a 36% improvement in those three key areas. The trial lasted for eight weeks, which is about how long one bottle should last on a small to medium sized scar.

Using Mederma’s Advanced Scar Gel is super easy, and Mederma recommends including it in your daily skin maintenance for anywhere between three and six months on older scars, but only eight weeks on scars that are newer (less than a year old). And you only have to apply Mederma Advanced Scar Gel once a day, which is pretty easy.

You have to use it on a closed wound that has no open skin at all – waiting a few more days isn’t going to hurt anything. Keep in mind you CANNOT use Mederma until after any stitches or staples are taken out.

Mederma recommends taking the smallest dot of the gel and applying it, rubbing until there isn’t a wet or sticky feeling. For an acne scar, you need a dot that is about the size of a pencil point, so use that as your guide.

How long will it take?

They say your scar should start to improve in about four weeks, but it will vary depending on any number of factors.

Generally, smaller scars will disappear first, and larger scars that have more damage may take a few more months. Because your skin’s natural regeneration happens as a 28-day cycle, and most scars occur deep in the skin ober multipe layers….

Also, people who apply the lotion at night time will see results much more quickly than those who don’t, because the constant movement during the daytime can wear the gel off more quickly.

So, what do I think of this Mederma scar gel?

Well, after 7 weeks, I still definitely have those scars on my face and arms from the keg stand – but to be fair, the ones on my arm have faded a little, I guess it was due to the fact that those scars are not really exposed to UV, so it probably helped. (I found Mederma had launched a scar cream with an SPF protection with good reviews, I guess I should have tried this one instead on my chin scar)

I found that applying just a little bit was enough, and I actually had to learn to use the smallest amount, because my natural instinct was to use far too much. The smell is okay, it isn’t exactly roses, but I wouldn’t expect anything that actually works to smell that good.

It was super lightweight and It wasn’t sticky at all, which was very important for me, as I really hate that sticky feeling. Yet I found it a little bit drying on my skin after 2 weeks.

According to our cosmetologist, the formula is simple, which can be a good point for those who have many allergies. The less, the better in some cases ( not all cases…..) But when it comes to scars, the best topical treatments is silicone based. check our complete guide to choose the best scar cream or gel HERE.

The allantoin, which is the main active, is quite common. It helps to protects, soothe the skin and can promote skin renewal. (Sounds good for our scar…). The goal with allantoin is to soften and smoothen our scars. Yet, they could have increased the dosage as formulators usually can add anything between 0.5 to 2%. We only had 0.5 % which is a bit stingy.

This product also contains some alcohol, which could have led to my skin dryness. (I knew I did not have dry skin, I knew it!).

We also understood what was behind the term cepalin, in fact it is some onion extract ( Allium cepa Bulb extract), which can treat scars by reducing the production of the collagen fibers within the scars, ( to reduce the thickness of our scar I guess.). The effect of this extract is not really proven. (To be honest, I am thinking of rubbing some onions on my scars… but guess it would be gross and stinky lol).

It also has some panthenol and hyaluronic acid, which can improve the appearance of irritated skin and promote regeneration of skin.

Moreover, Mederma used a paraben to preserve the formula. Unlike the other parabens, this specific paraben ( methylparaben) is not the most problematic. Yet, we would have preferred another alternative. 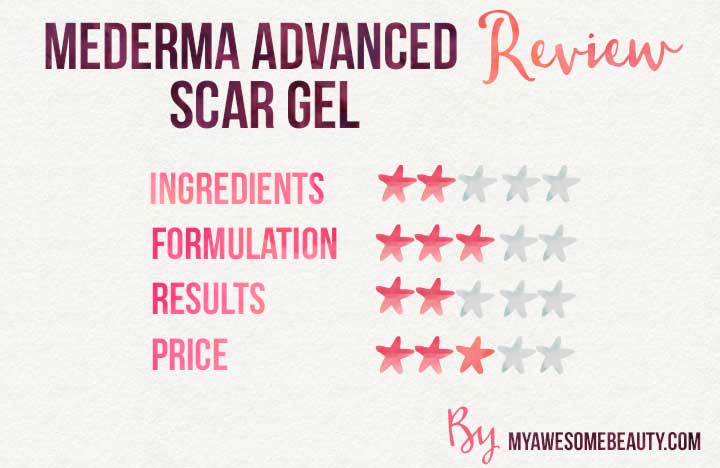 What about some other mederma advanced scar gel reviews ?

If you are worried that it might just be me that is not seeing results, or you have something other than stupid drinking scars, let me say to be fair, that we found many positive mederma advanced scar gel reviews and testimonials of users on amazon here and some on the Mederma website.

Here are some of the highlights:

This user used it to treat some burns

“I’ve used Mederma® twice now. One time I leaned up against the muffler on a motorcycle and burned my leg right through my jeans and left a scar. The second time was also for a burn scar. I spilled a pot of boiling water all over my arm trying to cook spaghetti. I used Mederma®Advanced Scar Gel and you can’t even really see it any more. It made such a difference. It felt good because when you get a burn you think, “Oh my God, this is going to be so noticeable and everyone’s going to ask me about it.” But it worked wonderfully. I’d recommend it for sure.” – Jessica B, burn

Here we have a scar from a dog’s bite.

“A few years ago, I was bitten by a dog on my face. It required stitches in my lip. The wound was so deep you could see my teeth through the cut. The scar it left behind made me very self-conscious, so my doctor suggested that I use Mederma® Advanced Scar Gel. Now, I honestly don’t even notice the scar most of the time. I am eternally grateful for this product. :-)” – Hannah L, stitches

At the end of the day, I am sorry to say that mederma advanced scar gel was not very effective for me; I wish I could say it is the best scar gel ever, but sorry, it was not and we prefer to stick to our values to bring you honest and valuable reviews and opinions.

Yep, the formula is very simple, which is good to avoid interactions or allergies for some of us; But there are better products out there. I also did not like the presence of paraben in it even if we were told it was not the most problematic paraben.

This review made me also understand, that we should all think of using a sunscreen when treating our scars, if we want to get better results.

I guess, this product can probably work for some of us as it has tried and tested actives, that will eventually work for some of us. We all have different skin conditions, so what can work for some, may not work for others. Mederma’s products have helped thousands of users, so you can give it a try. ( sophie, for instance said she had good results with it).

But, in my opinion, I guess there are better alternatives today and for old scars, you could also benefit from using a home microdermabrasion machine.

This site uses Akismet to reduce spam. Learn how your comment data is processed. 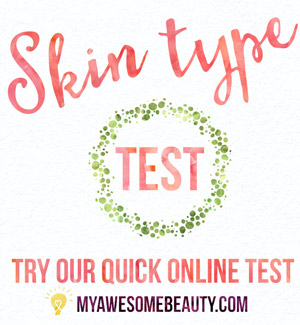